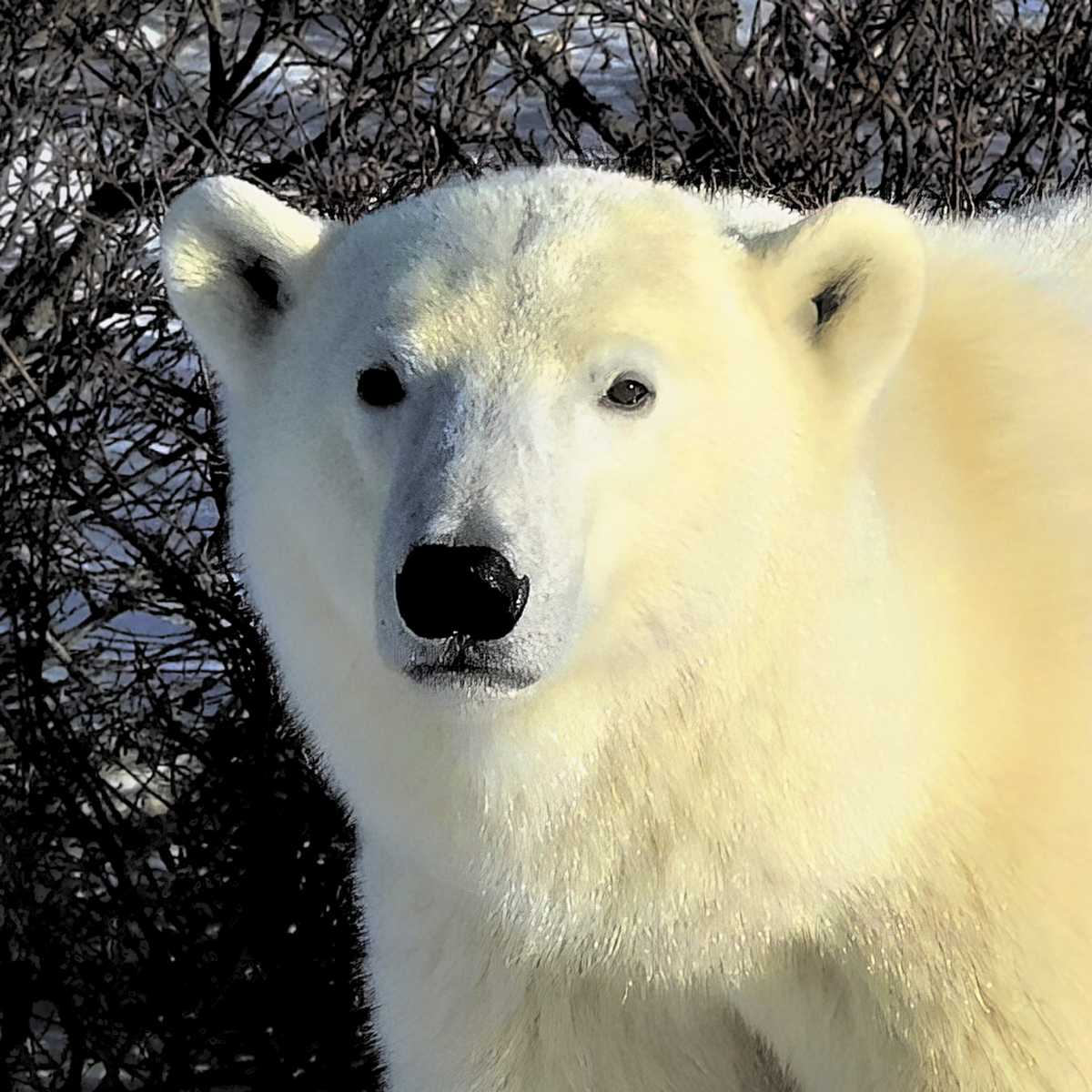 Although Churchill, Manitoba is not technically in the Arctic (the Arctic Circle is 66.6 degrees latitude, while Churchill is 59 degrees latitude), polar bears have long gathered here in October and November of each year as they begin to move from their summer habitat on the tundra back to seal-hunting territory: the packed ice of Hudson Bay. This spectacular gathering is the largest concentration of polar bears on the planet and an ideal area for a polar bear tour.

Today, there are 19 sub populations of polar bears spread throughout the Arctic in Alaska, Canada, Russia, Greenland, and some northern islands owned by Norway, such as Svalbard. While some are doing alright, others have already begun to feel the effects of climate change, a shorter ice-season means the bears spend about 30 days longer on land than in the past, an extra month on little or no food, resulting in thinner and weaker bears, bears having fewer cubs and a higher mortality rate. Scientists predict that unless the planet begins to cool, polar bears are likely to disappear from the Churchill area within 20 to 40 years.

A few interesting facts you may not know:

The discovery of the official tundra buggy started the polar bear adventures in Churchill more than 30 years ago. These all-terrain vehicles enable the tour operator to take guests to the best locations in the Churchill area to safely experience wildlife.   The trails utilized by the tour operators were created by the Canadian and U.S. military, who grant the tour operator a permit to use them for wildlife viewing. There are strict conditions attached to the permit, the tour operator cannot go off the trails so that no further damage is done to the ecosystem.

Frontier’s North provides tundra adventures, using the tundra buggies for driving during the day and two accommodation units that can sleep up to 40 guests, a lounge, a dining hall, and staff quarters. The lounge has panoramic views from the wall-to-ceiling windows. It also has a roof-top observation deck for a 360° view of the tundra and wildlife. The accommodation units mean not having to go back to Churchill for sleeping and dining, thereby saving a lot of time for polar bear sightings.

The Adopt a Polar Bear initiative aims to further the knowledge and understanding of polar bear populations, and how they respond to changes in their environment. By adopting a polar bear you will help in monitoring the polar bear’s movement, health and population size. You will also help raise awareness of the threats of climate change and help reduce human-bear conflict. The one time donation will actually sponsor a bear that you will name (we sponsored a bear and named her Maddie).

Other wildlife you will find in the Tundra include the mink, fox, moose, elk, wild buffalo, ptarmigan and beaver.

Also, from June to September, more than 3,000 beluga whales visit the Churchill River basin. The experience is said to be very personal as these whales are incredibly friendly and curious social mammals who approach freely and are not shy of humans. They also supposedly sing, whistle, chirp, click and clang and can mimic sounds.

The town of Churchill, Manitoba, Canada

Churchill is located on Hudson Bay, at the mouth of the Churchill River on the 58th parallel north, far above most Canadian populated areas. Besides being the place with the highest concentration of polar bears in October and November and beluga whales in the summer, in Churchill you can sometimes see the aurora borealis (Northern Lights) when there is a high amount of solar activity.

Churchill is a remote place. There are no roads from Churchill that connect to the Canadian highway network. The only overland route connecting Churchill to the rest of Canada is the Hudson Bay Railway, which was not operational for a number of years. The loss of the railway meant that all goods had to come in by plane, which made them very expensive. Many residents could no longer afford to live there and the town was shrinking. In late 2018, with the help of a consortium of First Nations and local governments, the railway again became operational. Today, the much anticipated $44-million Churchill Marine Observatory, a multidisciplinary research facility, has been put on hold because materials couldn’t make it to the community by rail. Once the centre is complete, Churchill will be an important global hub for scientific, technological and economic issues around Arctic marine transportation and development.

To fly to Churchill, you will fly into Winnipeg, the largest city and capital of Manitoba, named after the nearby Lake Winnipeg. Flights from Winnipeg to Churchill are relatively expensive but a train is not plausible as it is not direct. Winnipeg is not a large city but if you stay overnight, but it does have a world famous Museum of Human Rights that is worth a visit.