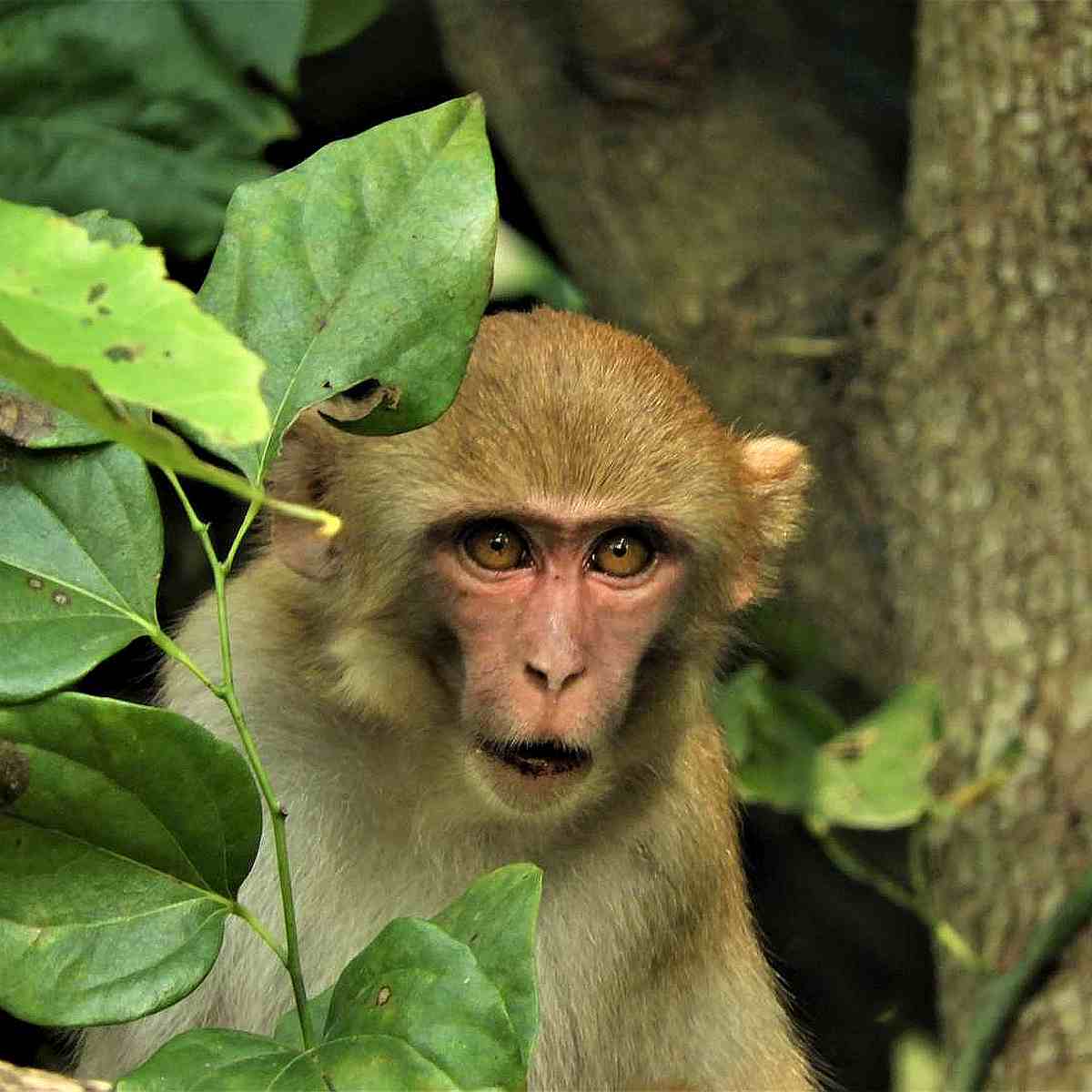 A safari experience in Nepal (Chitwan or Bardia) is very different than India (see our post on Indian safaris). Many travelers want to know which country to visit if they want to see tigers, India or Nepal.

Nepal is a very special place and Kathmandu is unlike any other city on earth, so a trip to Nepal cannot be substituted with a trip to India, the reverse is also true.

We were in Nepal during the month of October and have to confess, we did not see a tiger (we saw many tigers in India). Just to confirm, we did not go to Nepal just to see tigers or we would have planned the trip for April or May. Our chances of seeing tigers would have been better then.

The Chitwan National Park is a world heritage property containing an extensive lake system, a protected area in central Nepal called the Bishazari Tal. The area falls under the protection of the Ramsar Treaty which established an international agreement on the conservation and sustainable use of the world’s wetlands. The countries that are part of the treaty include the United Kingdom, Mexico, Bolivia, Canada, Chad, Congo and the Russian Federation.

The core area lies between two rivers (Narayani and Rapti) to the north and the Reu River and Nepal-India international border in the south, over the Sumeswar and Churia hills, and from the Dawney hills west of the Narayani, and borders with Parsa Wildlife Reserve to the east.

It is a rich natural area with a total of 68 species of mammals, 544 species of birds, 56 species of herpetofauna and 126 species of fish. It is renowned for its protection of One Horned Rhinoceros, Royal Bengal Tiger and Gharial Crocodile.

Being the first protected area of Nepal, it has a long history of over three decades in park management and rich experiences in nature conservation. Chitwan was a big game area for the royal families, Rana rulers and their guests.

The area comprising the Tikauli forest from Rapti River to the foothills of the Mahabharat extending over an area of 175 km2 was declared as Mahendra Deer Park in 1959. The area south of the Rapti River was demarcated as a Rhino Sanctuary in 1963. It was proclaimed as Royal Chitwan National Park with an area of 932 km2 in 1973.

The grasslands are mainly located in the floodplains of the rivers and form a diverse and complex community with over 50 different types of grasses including the elephant grass, renowned for its immense height, up to 8 meter in height.

The endangered one horned rhinoceros

Poaching of the endangered one horned rhinoceros for illegal trade of its horn was the largest threat faced by the park authority for many decades. The species had been pushed very close to extinction with only about 200 remaining in the world at the start of the 20th century.

The recovery of the one horned rhino is among the greatest conservation success stories in Asia, thanks to strict protection and management from Indian and Nepalese wildlife authorities. Today populations have increased to around 3,500 rhinos in northeastern India and the Terai grasslands of Nepal.

Illegal trade in tiger parts and timber theft are threats to the survival of the park. The local people who rely on forest resources for survival are seen as a detriment to the park and authorities feel there is a need to control their habits. The balance between human habitation and wildlife survival remains an important consideration for park administration. The buffer zone program has been established to compensate villagers who are adversely affected by the increased park protection of the wildlife.

The indigenous people of Chitwan

The villages around Chitwan are made up of the Tharu people, the native people of the area. They are indigenous to the Terai region, the lowland region at the foot of the Himalayas,  in southern Nepal and northern India. They are recognized as an official nationality by the government of Nepal.

They live off the land, farming and cattle raising with some other local thriving businesses such as chicken farming. They were categorized in the caste system as “touchable enslavable alcohol drinking group” together with several other ethnic minorities.

In July 2000, the Government of Nepal outlawed the practice of bonded labour prevalent under the old system, prohibiting anyone from employing any person as a bonded labourer, and declared that the act of making one work as a bonded labourer illegal. Though democracy has been established in the country, the Tharu community has called for a more inclusive democracy as they are fearful of remaining an underprivileged group.

Bardia National Park is a protected area in Nepal that was established in 1988 as Royal Bardia National Park. Covering an area of 968 km2 (374 sq mi) it is the largest and most undisturbed national park in Nepal’s Terai, a lowland region in northern India and southern Nepal that lies south of the outer foothills of the Himalayas.

The highway partly forms the southern boundary, but seriously disrupts the protected area. Natural boundaries to human settlements are formed in the west by the Geruwa, a branch of the Karnali River, and in the southeast by the Babai River.

Bardia is much less crowded than Chitwan with fewer options for lodging. It is a pristine area with wonderful rivers and quaint villages to explore. We stopped and had drinks at one of the local bars, an adorably decorated little place complete with disco lights. A Bardia safari is a contemplative experience compared to the more crowded Chitwan. The nature walks in the villages offer a unique perspective on the lives of humans who have been displaced by the protected parklands.

The villagers of Bardia

Besides the Tharu people, the area is still inhabited by the Sonaha ethnic minority groups. The Sonaha history of habitation in the delta can be traced back to the times prior to the unification and creation of modern Nepal (in the 1800s). The Sonaha historically led a semi mobile way of life; dependent on river based customary livelihoods. The Sonaha consider themselves as a distinct ethnic group indigenous to the delta.

In recent times, they have been seeking recognition as one of the officially designated indigenous peoples of Nepal. Oral accounts by the Sonaha elders suggest that they were present in the delta as far back as the pre-unification period of modern Nepal in the eighteenth century.

The Nature Walks at Bardia

Because there are villages within walking distance from many of the lodges at Bardia (Treetops Karnali Lodge being one), you don’t need a jeep to get there. Although the villagers are used to seeing foreign travelers, you don’t get the feeling that it is a common occurrence for them. There is no ‘routine’ to the village visit. They are very welcoming and will invite you into their homes even though the visits may be totally unplanned.

The jungle walks are one of the highlights of Bardia.  The guides are experienced and know how to spot the wildlife by listening to the sounds of the jungle and by following the animal footprints on the ground. We walked along bush tracks, went up watchtowers and sat along riverbanks to wait for the animals to come to drink.

The caste system in Nepal – briefly

The untouchables were outside the caste system altogether, lower than the lowest caste.

A repressive and unjust system, the caste system bestowed many privileges on the upper castes while trapping people in the lower castes into fixed orders with no possibility of escape.

Although still intact today, the rules are not as rigid. The changes are due mainly to government initiatives such as in 1962, a law was passed making it illegal to discriminate against other castes. All castes are now to be equally treated by the law. Education is free and open to all castes, which is possibly the biggest change of all. It is the change that gives hope to the lower castes.

Other government initiatives include setting quotas in government jobs and educational institutions for scheduled castes and tribes, the lowest in the caste hierarchy.

In essence, today the caste system is only part of a structural class divide which persists, and is mainly due to socio-economic inequality. Recent research has also shown that when it comes to Nepali people’s impressions of social change, “Poverty, Human Resources and Region” explain more of the variation than “Ethnicity, Caste or Religious belonging.”

After interacting with several guides and friends’ families we visited while in Nepal, we could see that the layers of the caste system are being peeled away through social reforms and education. However, there are stubborn remnants of the system that are still prevalent and immediately obvious. We noticed an unspoken deference was expected, although not stated, when a person from a lower caste was dealing with a person from the upper caste. A high education level on both sides did not eliminate this expectation.