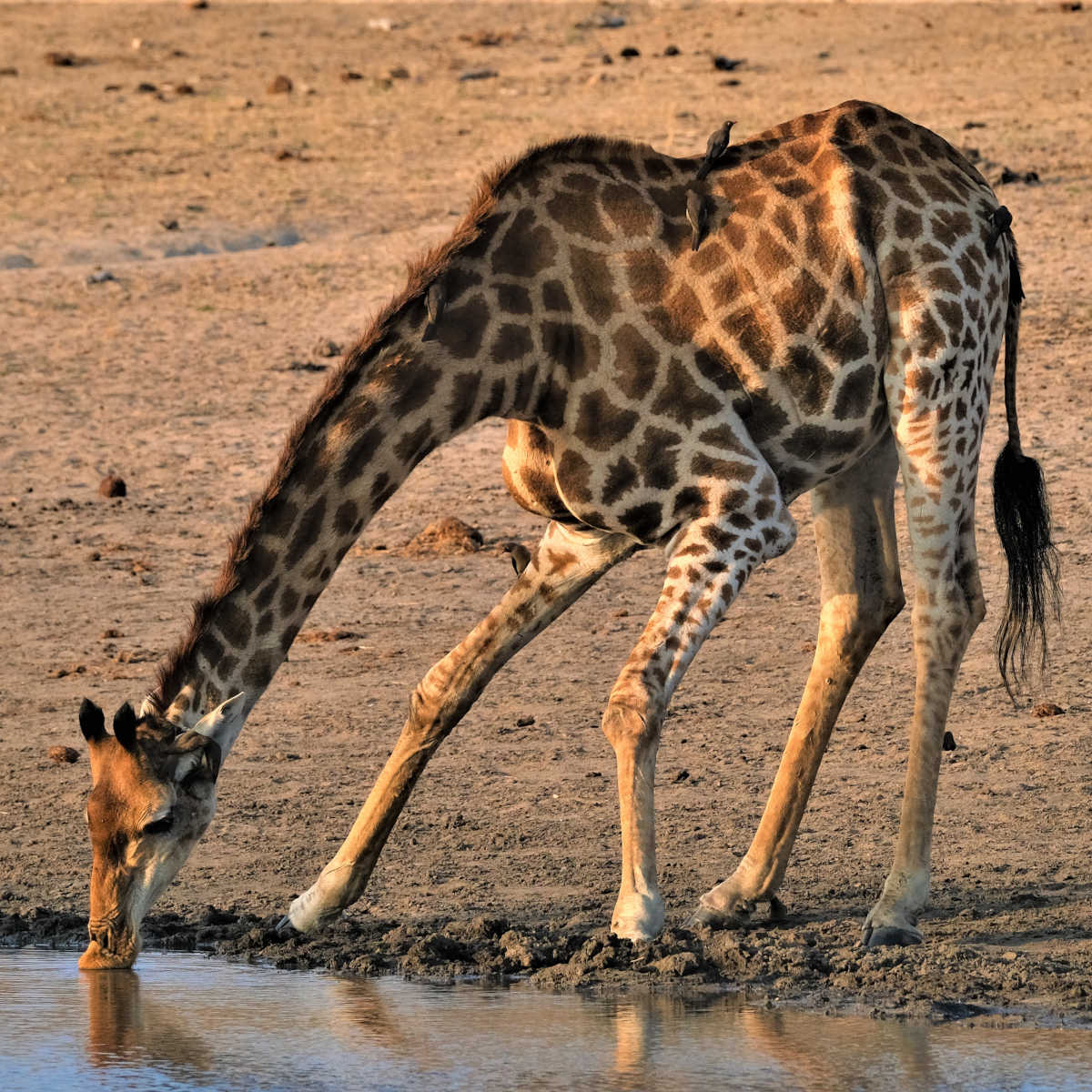 Many tourists want to know the differences between Kenya and Tanzania when planning their safari vacation in Africa. The glib advice is “choose both countries” but if time or cost constraints force you to choose between these two countries, this post describes some of their key safari-related differences, based on our experience.

To get lost is to learn the way – African proverb

There are many reasons to choose one country over the other, such as infrastructure (roads, airports, accommodation, access), relative cost, number of parks, tourist congestion and wildlife density, and these are summarized below.

TIP: The Serengeti-Mara migration is the holy grail of safaris in East Africa, and this takes place at certain times of year within the ecosystem that covers both countries. Therefore, to witness the migration you need to plan around the dates and locations of the migration.

Hint: Tanzania always has some massive wildebeest herds, but Kenya does not.

In Tanzania you have many choices for dates and locations to see the migrating herds as they munch their way around the Serengeti (see details below). However, in Kenya, depending on when the rainy season starts, the migrating herds are only there from about August to November and only in a small section of Kenya called the Maasai Mara National Reserve (or just ‘the Mara’).

The Mara is a National Reserve (not a National Park) and is home year round to resident lions, cheetahs, elephants, zebras, hippos, but during migration it sees countless wildebeest and zebras and of course thousands of tourists.

During migration, some of the herds (but not all of them) cross from Tanzania’s massive Serengeti park into the Mara. As shown on the map below, the Mara is contiguous with the Serengeti National Park therefore the Serengeti-Mara migration area is one big ecosystem. The Mara is Kenya’s portion and is relatively small (1600 km²), which is about the size of London, England; it is one of the smallest reserves or parks in all of Africa. By comparison, the Tanzania portion (Serengeti Park) is about 10 times bigger (15,000 km²).

The contrast in land size is is one of the big differences between these two countries: most of the migration activity occurs in Tanzania.

However, the Serengeti is such a vast area that you may not see any of the migrating mega-herds during your stay, depending on when and where you go, and on luck.

If you are interested mainly in witnessing the migration, here is the comparison of approximate dates for migration events in each country, which can change from year to year depending on the rains or drought conditions in each region:

Tanzania’s migration herds can be seen year around (but avoid rainy April and May), because the migration starts and stops in Tanzania, and some herds do remain in Tanzania without ever moving into Kenya at all.

TIP: Some websites suggest the migration never stops, but actually it does pause on the short grass plains of the southern Serengeti, where the wildebeest would actually prefer to stay year round if they didn’t exhaust their food source there. They don’t walk cross-country for the exercise.

When we were there in 1999, we stayed at the Serena Lodge (the Serenas have changed considerably since then) which at the time was one of the few lodges inside the Mara Triangle, and our game drives were noticeably less crowded than other areas of the Mara.

As mentioned, the Mara Triangle (indicated on map below) is more remote than the rest of the Maasai Mara reserve and one of the best places within the Mara to view the migration, because many of the migrating herds that do cross from Tanzania into Kenya will pass within this triangle. The triangle is formed by the Mara river, the Oldoinyio Escarpment and the Tanzania border.

The Lamai Wedge, shown on map above, is north of the Mara River on the Tanzania side, with the Kogatende airstrip as a reference point. Compared to the Mara Triangle, the Lamai area is less congested with tourists and more crowded with wildlife, with only about a dozen safari lodges or camps inside or near the Lamai Wedge. For trip planning, use from July until October while the migrating herds are there.

There is some misinformation online about the rules covering off-road safaris in these parks.

Technically there is no off-road permitted anywhere in the Serengeti National Park, with some specific exceptions for river crossings in the Lamai area. One of our guides (who was based in Arusha, not a ‘local’ from a Serengeti camp) got whacked with a fine (about $50 USD) and some demerit points for parking near the river just east of the bridge between crossing #4 and #5. Only two jeeps parked there and both got fined, and neither was a ‘local’ guide.

In the Serengeti’s eastern Namiri Plains, we’ve seen guides drive off-road there but only when the rangers aren’t around because it’s technically not permitted. We spent a week there recently, at two camps. One day we were following a cheetah mom who was giving her cubs a hunting lesson, when our guide spotted a vehicle at a great distance with his binoculars and knew it wasn’t a safari jeep. We thought there wasn’t a problem but he started sweating because we were so far off-road, and we were very visible on those huge grass plains, with jeep’s dust being visible for miles. He drove like mad for about 10 minutes trying to get back to a main road away from the approaching jeep, which turned out to be a research vehicle and not a ranger, and his agitation level finally returned to normal.

Inside the Mara Triangle, based on our experience you can drive off-road but there are restrictions and fines for violations: excluded are ‘high use’ areas and river beds. Of course during the migration season and holidays, almost every area is a high use area.

Where off-road driving is permitted in the Mara-Serengeti ecosystem:

In Tanzania, the best river crossings occur in the northern Serengeti at the Mara river between late June to October, depending on the year and the rains. A bit earlier in the season, prior to arriving at the Mara river, there are some crossings in the western Serengeti on the Grumeti River as the herds eat their way from the southern plains. In Kenya, any herds that cross over into the Kenya will cross the Mara river and the Talek river. In both areas, the herds will crisscross the rivers many times during the months they are in the north, before they head to Tanzania’s southern plains around October and November.

Sadly, the river crossings often result in tragedy when there are crocodiles nearby, and often there are mass drownings where thousands of wildebeest drown because the river banks are too steep or if the river is flooded.

River crossings typically occur around late June through October in both countries, but are totally unpredictable and we agree with the experts who say that it is futile to plan your trip around river crossings. There’s a more detailed description of the wildebeest migration in our post here.

About 500,000 wildebeest calves are born around January and February (give or take a month, depending on the rains), with the mega-herds concentrated on the nutrient rich short-grass plains in the southern Serengeti. The herds can be spread out from Kakesio in the south to the Moru Kopjes in the north, and from the slopes of the western slopes of the Ngorongoro crater (not inside).

With about 8,000 calves born each day, this event attracts numerous predators including cheetahs that normally don’t co-exist with lions. The herds stay in the south until around March, when they begin their migration cycle north west.

Both countries are worth visiting even if you miss the great migration, not only for the landscape but also for the wildife.

Kenya is tremendously diverse, with about 50+ parks. Northern Kenya has Lake Turkana (known for migratory birds and crocodiles) and Marsabit National Park, but in both cases, it seems the landscape is as much a draw as the wildlife, not unlike Namibia.

Central Kenya straddles the equator and contains most of the parks, including the Rift Valley with Hell’s Gate, Kenya’s most congested park.

Southern Kenya (south of Nairobi) has the 2nd top safari destination after the Maasai Mara: Amboseli National Park. There is good choice of lodging and a 10 month wildlife season, but because of its proximity to Nairobi, it gets crowded (click here for our post on Kenya and Amboseli). Southern Kenya also contains the largest park in Kenya: Tsavo East National Park known for its elephant and lion populations. The Tsavo region is famous due to the many films and books relating to the pair of man-eating lions from 1900. Chyulu Hills which is part of the Tsavo park area has green hilly landscape and fewer crowds than nearby Amboseli.

FACT: Of all the areas mentioned above, none are more famous for wildlife than the Maasai Mara or the Serengeti.

Kenya and Tanzania both offer similar tourism experiences, including safaris and sea-sun-sand, but there are obviously some differences between them. One of the key differences for safari goers is congestion. The table below, which measures congestion as number of visitors per square meter, shows that Tanzania’s top safari destination (Serengeti) is far less crowded than Kenya’s top destinations: Maasai Mara, Amboseli, Lake Nakuru and Hell’s Gate. (Note that Aberdare is listed as ‘Other’ (in blue) but it is a park in central Kenya, and Ngorongoro Crater is not listed, but it is a very congested park in Tanzania.)

Both Kenya and Tanzania offer a wide choice of lodging: from luxury to basic and mobile camps to permanent lodges and every combination thereof. Tanzania tries to attract tourists willing to pay for a so called ‘premium wildlife’ experience, the so called high-value low-density market. As evidence, during the 2008–09 recession, tourist numbers plummeted across the globe, yet number of premium wildlife seeking tourists in Tanzania were not significantly affected, while Kenya is more willing to compete within the low-value high-volume tourist market (Worldbank report, 2016).

Some other countries we visited, like Botswana and Bhutan also focus more on the high-value low-density (HVLD) tourist market, by restricting supply and targeting the high-end segment of tourism. Others (Kenya, Bali) seem to compete in the low-value high volume (LVHV) market, where thin margins and intense price competition is offset by maximizing the number of tourists. The tradeoff is obvious: low visitor numbers minimizes congestion at popular sites and therefore provides more ‘authentic’ wilderness and cultural experiences.

Disease and other safety issues

Malaria is a problem in both countries and Tanzania has the third largest population at risk of malaria in Africa. Malaria maps show less infection with altitude and worse infection further west near Lake Victoria. Travelers to both Tanzania and Kenya typically vaccinations for hepatitis A, typhoid fever, yellow fever, and polio.

Tsetse flies are a problem in both Kenya and Tanzania. Tsetse flies are vectors for the potentially deadly human sleeping sickness which no vaccine or drug can prevent, only avoidance. In Tanzania the only parks not infested with tsetse flies are Mahale (south west), Udzungwa (south east), and 3 parks in the north: Kilimanjaro, Arusha and Manyara (source: Open Journal of Ecology, 2015, 5, 306-314).

Historically, travel advisories about terror related security problems have affected Kenya, as early as the deadly 1975 bombings in Nairobi to the 2019 killing of 20 people at a Nairobi hotel by islamic militants. Tanzania’s last known terrorist event was in 1998 in Dar es Salaam. However, there are currently advisories against travel in certain areas near Tanzania’s western borders with Mozambique, Burundi and the Democratic Republic of Congo due armed groups, traffickers, kidnappings militant attacks… Click here for our Kenya post, and our post on travel planning for Africa is here.