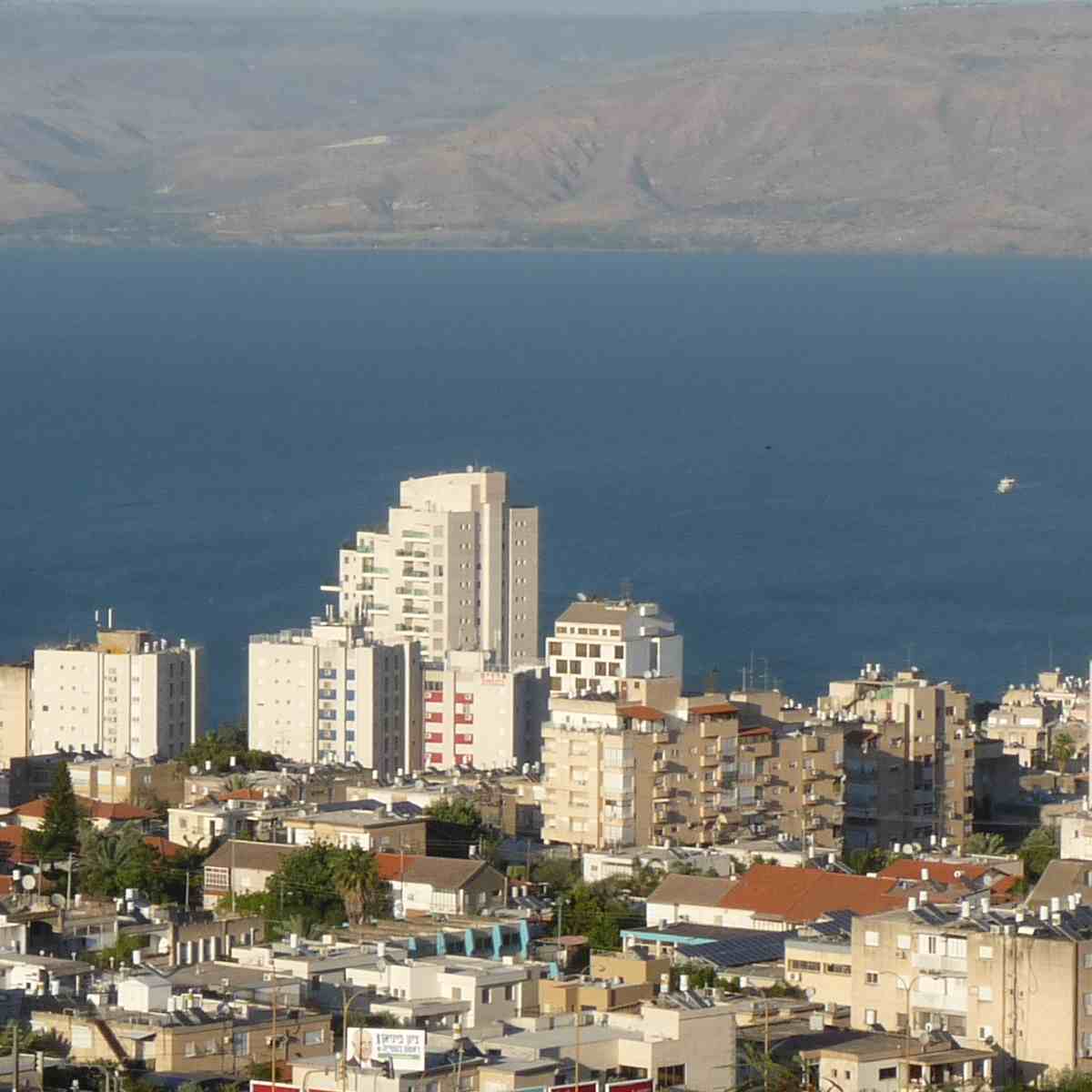 Israel is a place everyone should visit at least once. Whether you are inspired by religious reasons or merely historical and archaeological ones, Israel is filled with religious and non-religious sites that are pivotal to human history. Jerusalem (see our post on Jerusalem) is a great starting point. North of Jerusalem and the areas around the Sea of Galilee are replete with Christian and Hebrew biblical sites. Regardless of whether these sites have religious meaning for you or not, they are of tremendous historical significance.

One of the stark realities of traveling in Israel and the Palestinian territories is the fact that much of the area is contested and guarded ferociously by the side that controls it at the time. As the Palestinian areas under the Palestinian Authority are not contiguous, you have to go back and forth, across Israeli checkpoints if you want to maximize your time.

The West Bank has been under Israeli occupation since 1967. The area is split into 167 Palestinian “islands” under partial Palestinian National Authority civil rule, and 230 Israeli settlements into which Israeli law is “pipelined”.

I am not sure how we would have accomplished the trip had our guide been either Israeli with Israeli license plates or Palestinian with Palestinian plates. Israel enforces restrictions on the freedom of movement of Palestinians in the West Bank by employing a system of permanent, temporary and random manned checkpoints. At times, Palestinians are forbidden the usage of roads. Also, there is the great West Bank Barrier, a wall that was built to contain the Palestinian areas. The restrictions may ease at times, depending on the political climate. When we were there, cars with Palestinian license plates were being directed off the main road at rush hour, thereby adding hours to travel time.

The Palestinian Authority also enforces strict, non-Israeli entry into Palestinian controlled territories. Our guide had UN plates and was not restricted. It saved us a lot of time.

Driving north of Jerusalem, there are barriers throughout the west bank. Going south of Jerusalem, the town of Bethlehem (see our post on the Palestinian Territories), a Palestinian town, is surrounded by a wall. The areas around the West Bank also are full of danger and do not enter signs. As you get close to the Golan Heights, barbed wire and mine danger signs are everywhere.

In spite of the difficulties experienced while navigating this hugely problematic area of the world, a visit to Israel (outside of Jerusalem) and the Palestinian Territories was one of our most rewarding travel experiences. We did not go to Gaza for obvious reasons.

Capernaum and the Sea of Galilee

Capernaum, a fishing village on the northern shores of the Sea of Galilee is believed to be the home of St. Peter.  A modern Memorial has been built over part of the house with glass floors to exhibit the stone walls underneath.

The ancient fishing boat from the Sea of Galilee is called the Jesus boat. It is said to have existed in the first century AD and discovered in 1986. Other than the dating, there is no evidence connecting the boat to Jesus or his disciples.

Magdala was an ancient city on the shores of the Sea of Galilee and is believed to be the birthplace of Mary Magdalene. Until the 1948 Arab–Israeli War, a small Palestinian Arab village, al-Majdal, stood at the site of ancient Magdala, while nowadays the modern Israeli municipality of Migdal extends to the area.

Archaeological excavations on behalf of the Israel Antiquities Authority conducted in 2006 found that the settlement began during the Hellenistic period and ended during the late Roman period. Excavations in 2009–2013 revealed an ancient synagogue, called the “Migdal Synagogue”. This was a very important find in the Jewish timeline as this newly discovered synagogue would be the oldest in the Galilee area and in fact the only synagogue from that period found in the entire country.

Subsequent to the 2009-2013 revelations, other synagogues have been found.

They also found the Magdala stone, which has a seven-branched menorah symbol carved on it. It is the earliest menorah of that period to be discovered outside of Jerusalem.

Named after the Roman Emperor Tiberius, the city has a population of about 55,000 people with a thriving waterfront overlooking the Sea of Galilee. Although Muslims controlled the city at one time, today almost all the population is Jewish.

Like most places around Israel and the middle east, Tiberius holds significance for both Christian and Jewish believers. Jewish tradition holds that Tiberias was built on the site of the ancient Israelite village of Rakkath mentioned in the Book of Joshua.

Tiberius is also mentioned in the New Testament as the place where boats were taken to cross over to the other side of the Sea of Galilee. The crowd seeking Jesus after the miraculous feeding of the 5000, used these boats to travel back to Capernaum.

We stayed at the Scots Hotel in Tiberius, an iconic institution here. It was the site of the Scottish hospital in the 19th century, and has been beautifully restored with a modern touch. This is a great place from which to base your excursions in the area.

During the spring and summer of 2003 archaeological excavations revealed a section of a massive wall as well as a gate. From this discovery, archaeologists were able to determine that a 12th century Crusader fortress was indeed underneath the Old Jewish Quarter of Tiberius. In the wall and gate the excavators detected the quintessential characteristics of Crusader construction that left many convinced that here is part of the northern wall of the lost Crusader fortress.

The Judean King Herod built Caesarea around the year 20 BCE on top of a naval station built by the ancient Phoenician King of Sidon in the 4th century BCE.

He called the city Caesarea Maritima, ‘Caesarea on the Sea’ – in honor of the Caesar Augustus Octavian, the Roman Emperor who gave him his post.

The city was full of majestic buildings, a Roman Amphitheater, ‎the Hippodrome, a Palace, a Roman Temple and an aqueduct ‎which brought fresh water to the city from Mount Carmel to the north.‎

Today, you will find the best preserved stretches of aqueduct is on Caesarea’s beach. A beautiful beach offering gorgeous, extremely photographic views of yet another ingenious Roman creation. You can also find remnants of the aqueduct throughout the main body of Caesarea’s ruins.

Nazareth is known as “the Arab capital of Israel”. In 2019 its population was 77,445. The inhabitants are predominantly Arab citizens of Israel, of whom 69% are Muslim and 30.9% Christian. In the New Testament, the town is described as the childhood home of Jesus, and as such is a center of Christian pilgrimage, with many shrines commemorating biblical events.

Nazareth is where you will find the Church of the Annunciation, built over the cave that holds the home of the Virgin Mary and the site where the angel Gabriel told Mary she would bear a child.  You will also find St. Joseph’s Church, the site of Joseph’s carpentry shop as well as the Underground Synagogue Church where Jesus is purported to have prayed.

Founded close to the city of Jaffa, Tel-Aviv is the capital of Israel and a relatively new city. It is home to many foreign embassies and has a full day or two of worth of activities, if you want to stay that long.

It is a good place to relax before catching a flight home. It has as some interesting sites including St. Simon, the Tanner and unlike the rest of the country, some archaeological finds.