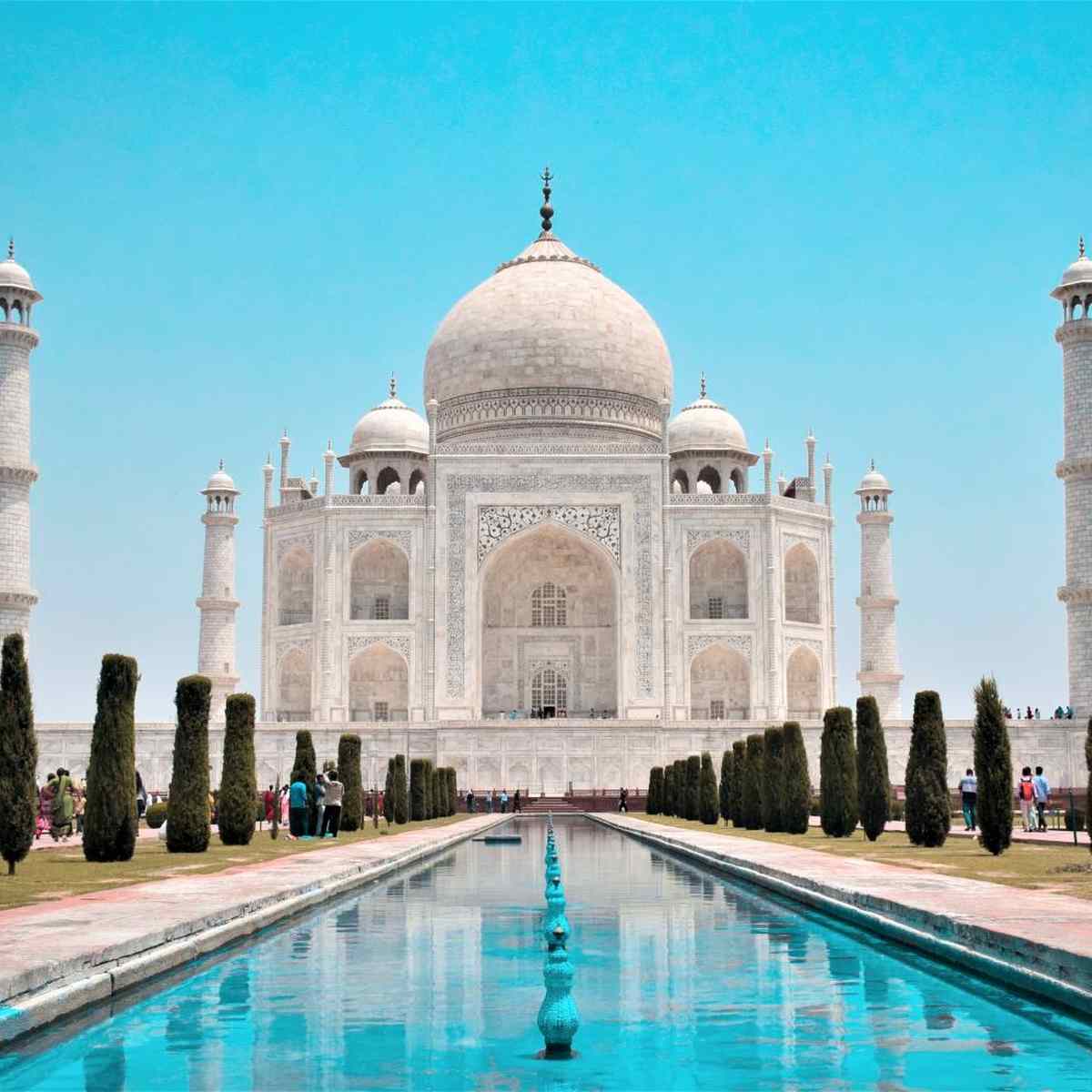 Our first visit to India a number of years ago included the cities of Delhi and Agra. Jaipur is the third stop on the most recommended tour of north India called the golden triangle. This is the tour that includes the iconic Taj Mahal (Agra). After hearing its praises for so long, I was expecting that the actual experience would not meet my expectations. I was wrong, it exceeded them.

After hearing its praises ever since I had been to India, I felt that its beauty rather exceeded than fell short of my expectations – Anglican Bishop in Calcutta – Reginald Heber

Agra is a major tourist destination mainly because it is home to India’s most iconic landmark, the Taj Mahal. Agra Fort and Fatehpur Sikri are also popular sites to visit, all three destinations are UNESCO World Heritage Sites. Known as the Braj cultural region, Agra is 206 kilometres (128 mi) south of the national capital Delhi. It is the fourth-most populous city in Uttar Pradesh and 24th in India.

Commissioned in 1632, the Taj Mahal is an ivory-white marble mausoleum on the southern bank of the river Yamuna in the Indian city of Agra. It was built to house the tomb of the Mughal Emperor Shah Jahan’s favourite wife, Mumtaz Mahal, as well as the tomb of the emperor himself. Construction of the mausoleum was essentially completed in 1643, but work continued on other phases of the project for another 10 years.

Over 22,000 labourers and 1,000 elephants were used in its construction as well as countless painters, stonecutters and artists. The white marble was from Rajastan, the jade and crystal came from China and the jasper came from Punjab.

Most people have an image of the Taj Mahal before they go there and actually experience it. Oftentimes, an image either does not do justice to the experience, or it renders the actual experience disappointing. Such iconic sites as Stonehenge come to mind, most people find it underwhelming when they see it the first time. In the case of the Taj Mahal, it was smaller than I imagined but glorious and breathtaking and did not disappoint.

A quote from the American novelist, Bayard Taylor best captures one’s initial impression: “Did you ever build a castle in the air? Here is one, brought down to earth and fixed for the wonder of ages.”

The Agra Fort was the main residence of the emperors of the Mughal Dynasty until 1638, when the capital was shifted from Agra to Delhi. The last Indian rulers to have occupied the fort were the Marathas, just before being captured by the British. In 1983, the Agra fort was inscribed as a UNESCO World Heritage site.

Our first impression of Delhi was a city of wide boulevards and somewhat ordered streets without the chaos we had associated with other Indian cities. This was because we had come from the airport through a major thoroughfare and our first stop was inside the gate of the Imperial Hotel. On our way, we had seen cattle on the streets but not the poverty and chaos we were expecting. First impressions can be faulty and so was the case with Delhi.

Once out of the hotel gates, we turned a corner and everything changed. Tuk tuk drivers started hollering at us, demanding that we hop on for a ride, several street vendors tried very forcefully to guide us into their shops, going so far as to physically block us from proceeding along the sidewalk. Someone who said he was a hotel staff employee tried to get us to walk somewhere other than the sidewalk, not sure why and never did find out if he was really a hotel employee. This was the chaos we were expecting.

As we have stated before in many of our blogs, we don’t normally talk about hotels unless they are exceptional cultural experiences. The Imperial is just that. It is a heritage hotel located on Janpath (previously called Queensway), close to Connaught Place and about a 25 minute walk to Old Delhi. It was Delhi’s first grand hotel, designed in a mix of Art Deco, Victorian and colonial styles. It was at this hotel and the bar where Pandit Jawaharlal Nehru, Mahatma Gandhi, Mohammad Ali Jinnah and Lord Mountbatten met to discuss the Partition of India and the birth of Pakistan.

Jama Masjid is one of India’s most marvelous treasures and one of its largest mosques. Its courtyard can hold an incredible 25,000 people. Taking 12 years to build and completed in 1656, it has three great gates and two 40 meter high minarets. The mosque was constructed with strips of red sandstone and white marble. Although a strenuous climb to the top of its southern tower, your efforts will be rewarded with a stunning view across the rooftops of Delhi. Appropriate dress is required. This means covering your head, legs and shoulders. Attire is available there.

Located on Delhi’s Ring Road and on the bank of the Yamuna River, the Raj Ghat is Mahatma Gandhi’s cremation site. Next to a simple black marble platform built over the cremation spot is an eternal flame that burns night and day. The simplicity and peacefulness of the park provided us with a deep feeling of serenity.

The walk from the Imperial Hotel to Old Delhi is full of adventure. One of the best places for immediate cultural immersion is the Chandni Chowk, the main street of Old Delhi. It is a shocking contrast to the wide, orderly streets of New Delhi. Cars, cycle rickshaws, hand-pulled carts, pedestrians, and animals all compete for space. It’s chaotic but completely engrossing.

Chaat is an excellent example of Delhi street food. It is a snack that encapsulates different varieties with one common ingredient – potatoes. Potatoes are a very versatile item that are used extensively in Indian cooking.

The Delhi Gol Gappas are stuffed with a spiced mix of boiled potato cubes, chickpeas and coriander and some sweet chutney after which they are dipped in chilled tangy flavored water and served.

Chandni Chowk is also home to the famous paranthe wali gali, a narrow street in the Chandni Chowk area, noted for its series of shops selling paratha, an Indian flatbread. Cooked dishes do not include onion or garlic, since the owners are Brahmins, and traditionally their clientele has included Jains in the neighborhood. Jains are exclusive vegetarians and they do not eat underground vegetables such as potato, onion and garlic.