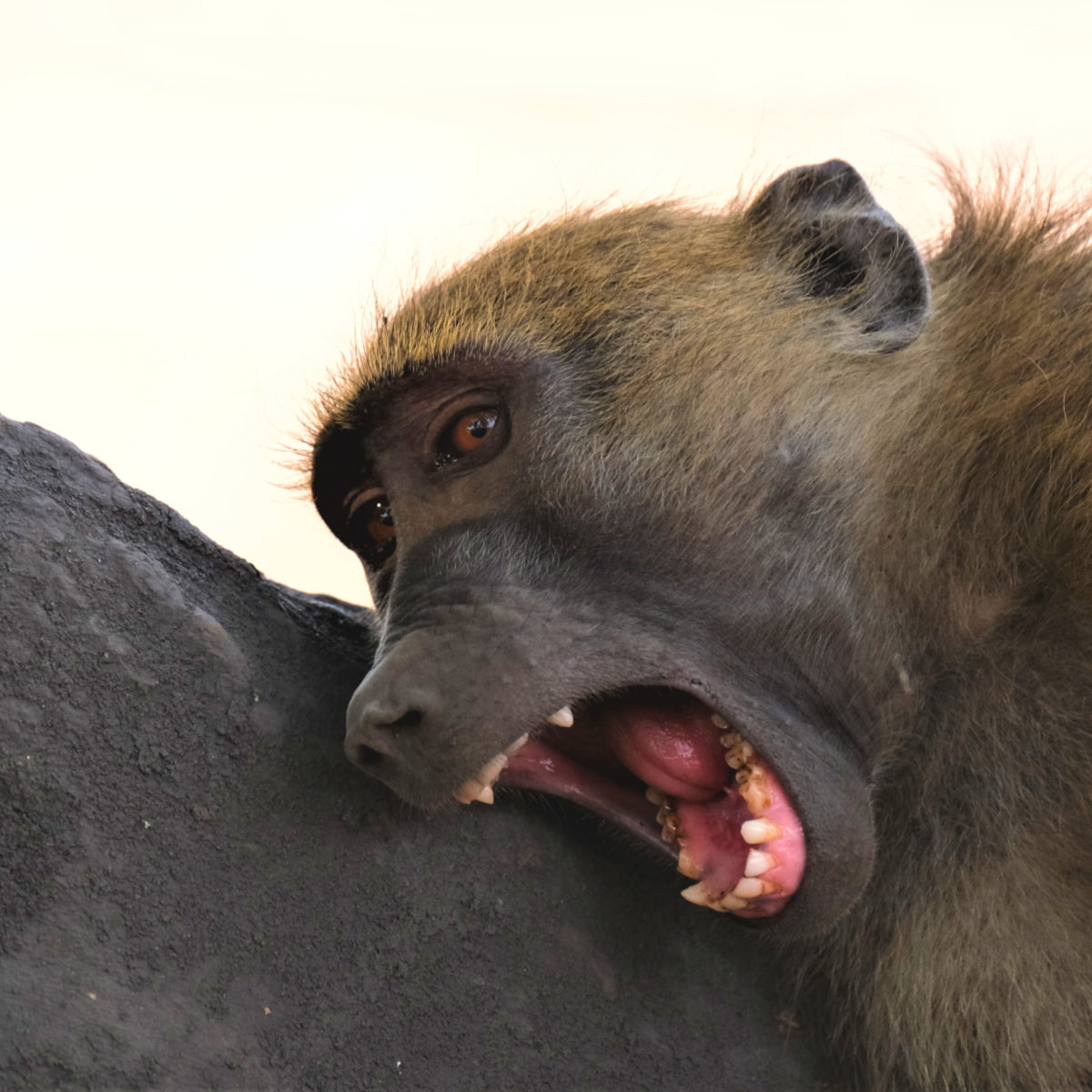 Botswana is known as the Gem of Africa because it is the world’s top diamond producer (by value of diamonds; Russia is the top producer by volume). Botswana is also a gem for safari enthusiasts, because of its 3 varied safari areas: the Okavango Delta, the vast Kalahari Desert and salt pans, and the Chobe National Reserve, the latter having one of the greatest concentrations of game in all of Africa, including 130,000 elephants. Botswana’s zebra migration is not well known, but is as significant as the Serengeti migrations (click here for our post on the Serengeti).

Tourists typically visit from May to September during the dry season, but the rainy season is also good birding and for the famous zebra migration (December to April). How to choose your Botswana destinations? (click here to see our post on how to choose other safari destinations).

Chobe is easier to reach than the Delta. It is near Kasane airport, or by a 1.5 hour drive from Victoria Falls. The Chobe Serondela riverfront is unique as a major watering spot, especially large game during the dry season, and excellent birding during the nesting seasons from November to April. Chobe also has a large elephant population and its floodplains are the only place to see puku antelope in Botswana (see details below).

The Okovango Delta is reached from Maun. It has one of the most breathtaking landscapes in the world, and is the world’s largest inland delta. Its game viewing at its peak from July to October, and is usually avoided from January through March (see details below).

The huge Kalahari Desert borders the Delta and covers the interior of Botswana, extending into Namibia and South Africa. It consists of dry, barren, and semi-arid landscapes most of the year except during the rainy season, when the zebra migrations arrive in the Nxai and Makgadikgadi salt pans.

The Chobe River which runs 60 Km through the Chobe National Reserve, was once a part of the migratory route for the elephant population. Due to civil war in Angola and Namibia, the elephants were poached and killed for military practice when they crossed into conflict areas. Those smart elephants reacted by not crossing the Chobe River, and instead staying along the rivers during the dry season, where the population built up. The Botswana government then protected its tourism industry and set up strict anti-poaching measures which further increased elephant populations. Even when wars ended in the neighboring countries, the elephants in the area have not had the experience of migration and mainly stay around Chobe during the dry season. As a result, the ecosystem can no longer meet the demands of the huge elephant population and Botswana has been forced recently to reinstate a hunting policy.

The Chobe national park can be divided into 4 ecosystems: in the north east is the Serondela or Chobe Riverfront where you can view much of the wildlife from a canoe or mokoro; in the south west is the large inland Savuti Marsh with the highest concentration of wildlife year round; north west lies the Linyanti Marsh; and between the Linyanti and Savuti marshes are grasslands and woodlands which are hot and dry. We visited the Serondela area.

Chobe is also famous for its buffalo herds and lion prides, as well as a huge array of water birds and water animals which make their home here. Photography along the Serondela river is especially popular as you can easily shoot pictures from your boat or canoe; countless opportunities abound for the amateur as well as the professional photographer.

During our visit, we were fortunate to spend some time on the Chobe River with Charl Stols who is one of the guides and photographers from the Pangolin Hotel, and by coincidence with Nikon guru Steve Perry, both of whom shared many photography tips, especially for birds in flight (BIF) photography.

We stayed at the Pangolin Chobe Hotel, a relatively new (2018) four star establishment over-looking the Chobe River. The building is very modern, with minimalist concrete furniture in the room (beautiful), fantastic A/C and comfortable bar upstairs and firepit outside. The location is not directly on the river like some of the large luxury lodges, but there is a view of the river in the distance. The main attraction of this lodge, and its true value, are its photo safaris run by very talented and charming photogs. It also offers rooms on its houseboat, which we didn’t try.

Food at the hotel is above average, with occasional traditional dishes: service is friendly and competent, with a hint of German efficiency (unsurprising, given the German co-ownership).

The Pangolin hotel is situated five minutes from the Kasane airport and is one of the closest hotels to the Chobe National Park gates. It is booked on an all-inclusive basis including meals. Being at the Pangolin Hotel does not provide you with a remote wilderness feel, but it is an excellent break between the more rustic safari camps, and the architecture and photographic artwork displayed inside make it thoroughly worthwhile.

The town of Kasane is a short ride away from Chobe and worth a quick visit, but other than a few conventional stores and stalls with local artisans with trinkets, there doesn’t seem to be that much to do.

Technically, the Kalahari is not a true desert because parts of it receives rain. We visited Botswana during dry season and chose not visit the Kalahari, but when we explored our safari options in Maun, common options was a drive or flight from Maun to Passarge Valley and Deception Valley in the Central Kalahari Game Reserve. But after talking to locals, fellow travellers and additional research, we’ll try on our next trip to Botswana to include the Makgadikgadi or Nxai Pan for the zebra migration.

Tip: The north/south zebra migration between the Chobe river and Nxai Park National Park rivals the famous Serengeti wildebeest migration, in terms of distance travelled. Zebras leave Chobe around December, and leave the Nxai pan around March. The east/west migration from the Okovango Delta to Makgadikgadi Pan starts around early December (depending on the rains) and the west/east return to the Delta starts around March.

The Makgadikgadi and Nxai pans are most commonly visited from the village of Gweta which is about 125 miles east of Maun by road (see map above), but fly-ins are available from Maun. Guided or self drive safaris with 4×4 are both available, but the latter can be as dangerous and deadly for the novice driver as the Australian outback. See our post on Safety and Security while travelling in Africa.

The Makgadikgadi Pans (a.k.a salt flats) and the Nxai Pan merge with a number of smaller pans interconnecting with the Kalahari Desert, and together this whole system constitutes the largest contiguous salt flats in the world. In summer this area is dry, but vegetation grows during the rainy season from about December to April. During this wet season, the lush vegetation is a habitat for herbivores, migratory birds and large predators attracted by one of longest zebra migrations in Africa. Environmentally, the area has many problems: fences erected outside of the pans for livestock interfere with migrations, commercial salt harvesting, tourism and illegal hunting.

TIP: In addition to the migrations, the area around Gweta is also known for Baobab trees.

The Okavango Delta is a unique place in the Kalahari Desert that remains dry except for about 3 months per year, when it gets flooded by heavy rains from the Angolan highlands, 400 miles away (as the crow flies). It takes 6 months for the 2.5 trillion gallons of water to flow 1,000 km (600 miles) along the Okovango River, from central Angola, through Namibia and finally to the Kalahari in Botswana. When flooded, between June to September, the delta suddenly becomes one of the largest freshwater inland wetlands on the planet.

However long the night, dawn will break – African proverb

The nearest international airport to the Okovango Delta is located in Maun. There are several game reserves throughout the Okovango Delta with the Moremi Reserve covering much of the eastern side. The Moremi Game Reserve is different than a National Park; unlike a national park, a designation of ‘game reserve’ means that the Bushmen who lived within the reserve when it was created were allowed to stay, making it a surprisingly diverse area to visit. And within the Moremi Game Reserve itself there are a few lodges, unlike most National Parks.

In addition to the few lodges within the Reserve, there are about four areas set-aside for camping, and a number of lodges on the outskirts of the Reserve. When selecting a lodge, look for one that has access to permanent water channels because they can offer a mix of game drives (road) and boat drives, keeping in mind annual water level fluctuations can greatly reduce or increase boating activities. For instance, the Okuti Lodge (Ker & Downy) is on the Okavango River and offers both river and land safaris.

During the months from March to July, flood waters from Angola reach the Delta, while the rest of Botswana is experiencing its dry season.

The east/west migration between the Okovango Delta and Makgadikgadi Pan National Park is significant because from 1960’s to 2004, a network of livestock fences prevented that migration. Some zebras started migrating a few years after those fences were removed, and today about 50% of the zebras from the Okovango Delta migrate to the Makgadikgadi Pans, starting each November or December and return to the Delta each March, taking about 2-3 weeks to travel each way.