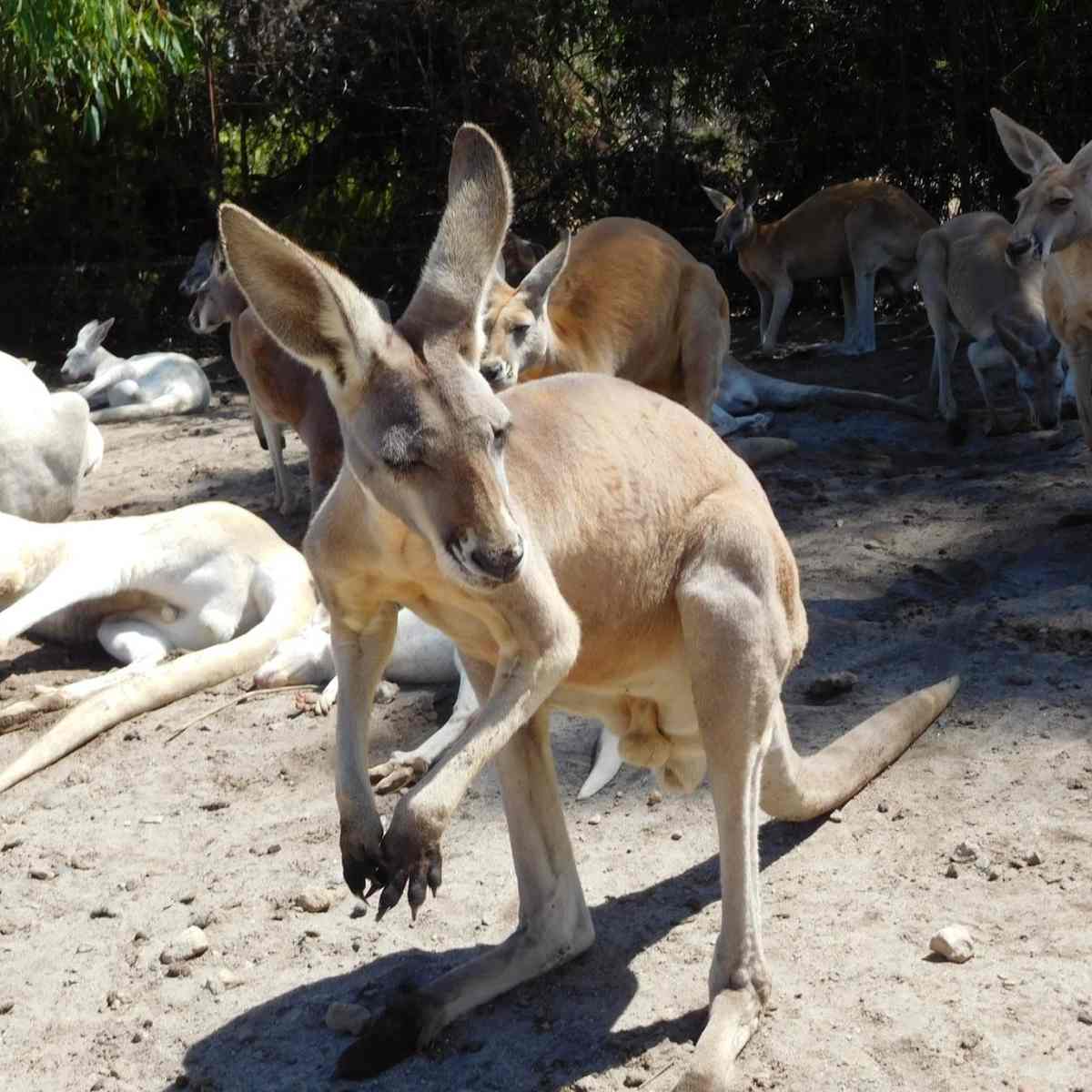 Australia shouldn’t be described in a single post. Its landmass is 3 million square miles (7,682,300 km²), with 3 time zones and 8 climate zones ranging from desert to tropical to alpine. But this post is mainly for travelers, like us, who have been reluctant to visit Australia because of the time and effort to travel there (at least from North America or Europe).

In the planting season, visitors come singly, in the harvest they come in crowds – Australian proverb

In fact, we only added Australia as a side-trip to our visit to Papua New Guinea and Indonesia (see post on Bali) (see post on Borneo), because of the daily flights between Cairns and Port Moresby (see map).

In hindsight, Australia deserves more time than we gave it. With more time, we would have visited Uluru-Kata Tjuta National Park in the center of the country, the Great Barrier Reef off the east coast, Darwin in the north, and taken one of the luxury trains that traverse the country. Instead, in addition to Cairns, we cruised from Adelaide (south coast), and sailed westward along the south coast to Perth and Geraldton (west coast) and ended in Bali. This was a relaxing trip (Silvesea cruises are comfortable) but less interesting than we expected.

Cairns is one of the gateways to the Great Barrier Reef, but it was our gateway to Papua New Guinea. It was our favorite of the Australian cities we visited, because of its mild tropical climate and laid back vibe. Its proximity to wilderness is evidenced by the immense colonies (or clouds) of bats which return to roost every sunset. We stayed at the Pullman Reef Hotel, nice hotel with good service and great views.

We were only in Cairns a few days: the city is on the water, and has nearby beaches, snorkeling, diving and sailing, and the world’s oldest living rainforest (Daintree National Park). It also has a good selection of restaurants, .

Perth – The Perth Wildlife Reserve, the only place where you can actually see and touch a koala, feed the kangaroos.

Freemantle – The city contains well-preserved 19th century buildings and other heritage features. It is located at the mouth of the Swan River in the Perth metropolitan area. It has a huge port, which serves as the port for Perth, the capital. There are many eateries and other interesting shops in the downtown, with a jerky shop, most extensive jerky menu we have ever seen. Hard to imagine that these beautiful Kangaroos end up on a plate.

Australia – cuisine has been heavily influenced by many other cultures around the globe. Although such staples as chicken parmigiana, fish and chips and meat pies originate from elsewhere, there are some uniquely Australian dishes worth trying.

The Pavlova was named after the Russian ballerina Anna Pavlova during her tours to Australia. Legend has it that a chef from Perth created the desert recipe to be as light as the ballerina herself.

Vegemite – Legend has it that in 1922, a young chemist was asked to develop a spread from brewer’s yeast that would otherwise have been disgarded. He did, and the name for the spread was drawn out of a hat in a naming competition.

Albany – The Bibbulmun Track runs from Kalamunda, east of Perth to Albany and is 1,003 kilometres long. It is for hikers only (no trail bikes) and trail markers along the way are spaced 500 meters apart. It takes walkers through misty valleys over giant granite boulders and along breathtaking coastal hearthlands. The best times to walk the track are in autumn from April to May and winter from June to August.

The Natural Bridge in Albany is an impressive granite formation in the shape of a bridge worn away by the waves of the southern ocean. There is nothing between Albany and Antarctica, and it is extremely windy.

Kangaroos: The estimated wild kangaroo population varies from 25 million to 50 million. Although the Kangaroo is their national symbol, the Australians have a strange relationship to the animal. About 2 million kangaroos are culled (i.e. killed) every year by farmers or licensed harvesters, either for commercial purposes or just to control the population. About 70% of kangaroo meat is exported to many countries, although it’s not that easily found in Australian supermarkets. Many Australians won’t eat it and consider it a threat to farming, and a casual conversation with a local about the merits of culling can quickly escalate to a heated discussion.

Kangaroo Island is about 8 miles (13 km) off the southern coast. It was used extensively by sealers and whalers in the 1800’s. The main reason for visiting this island is the wildlife, either in natural reserves or on farmland or in the wild. Kangaroos are nocturnal animals and not usually seen during the day, not even on Kangaroo Island we were told, but we spotted a few on a horse ranch in late afternoon. They can also be found on golf courses. Other Wildlife on Kangaroo Island: wallaby, koala, platypus, penguins, seals, sea lions,

Australia’s west coast, has strong onshore winds from the Indian Ocean, which causes some trees to grow horizontally. The leaning trees are a bizarre natural phenomenon caused by the airborne salt content.

The Outback is part of Australia’s uniqueness: its vast interior is a largely intact natural environment with a dwindling aboriginal population. When driving across this harsh environment, depending on time of year and region, you can experience searing heat or flash flooding which close roads for weeks on end. The scenery changes slowly, towns and fuel can be hours apart, and tourists are advised to team up with another vehicle travelling the same way. We had no time on this trip, but we’ll plan for the Outback next time.

Silversea is only one of many cruise lines that visits Australia. It is a comfortable cruise, but most of the ports of call were historically and culturally uninteresting. Cruises can sail clockwise or counterclockwise, so choose a cabin starboard side when going clockwise. The only rough seas we experienced were off the coast of Cape Leeuwin, where the Antarctic and Indian oceans meet.

On our flight Cairns to Adelaide, we booked a JetStar flight, a discount airline owned by Qantas. The morning flight was cancelled, after a delay of 8 hours during which the airline reps assured us the flight would leave late afternoon. At the last minute they rescheduled the flight for next day and started shuttling PAX to cheap motels nearby (no thanks). We scrambled and purchased some J-class seats aboard a Virgin flight (which we should have done in the first place), and arrived in Adelaide in time for cocktais…