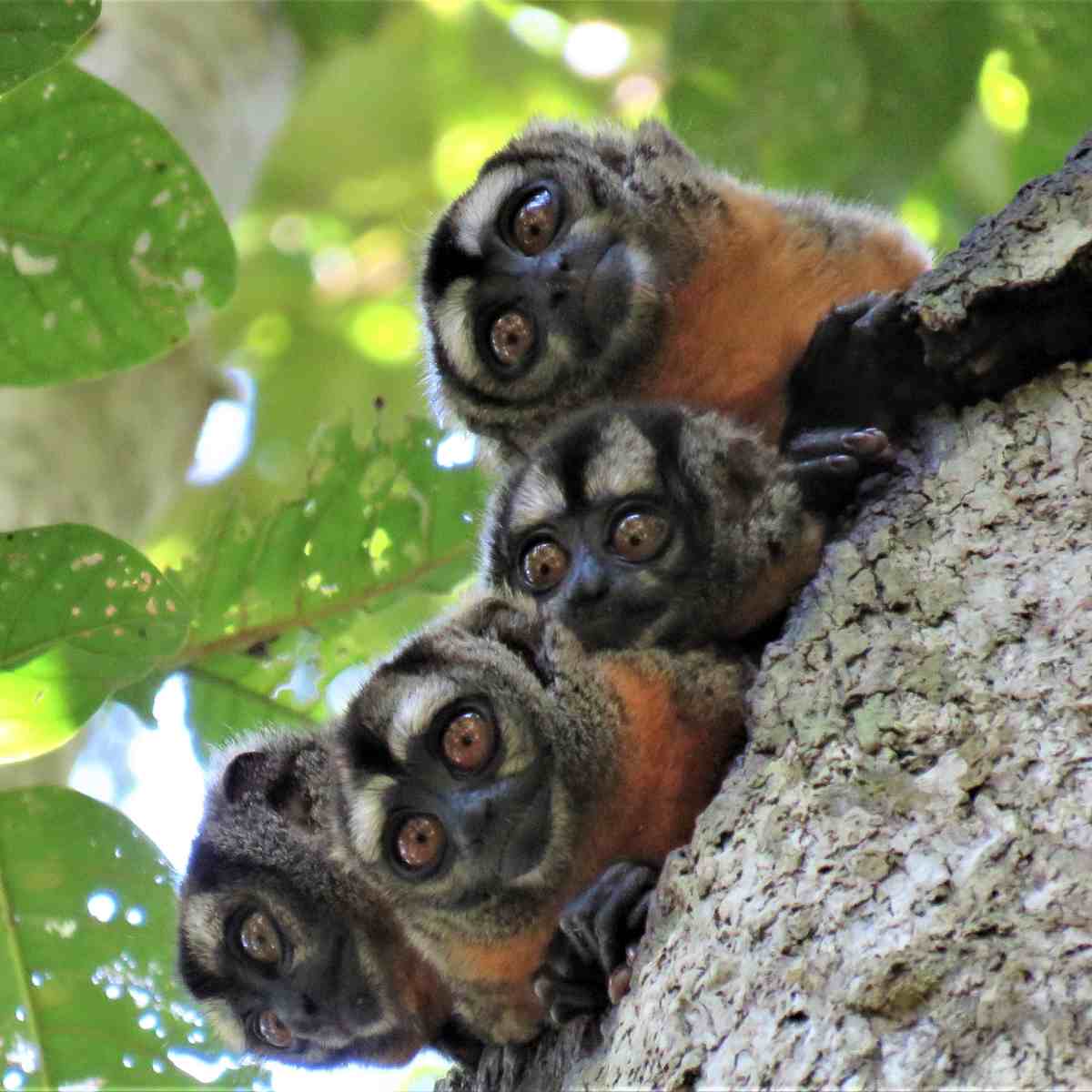 When planning an Amazon river cruise, one important consideration is which country do you choose? Peru or Brazil?

We chose Peru over Brazil for our Amazon River cruise. The main reason is that the river furthest upstream (Peru) offers most biological diversity and more animal species. It is narrower, so as you travel down by boat, you get a better view of life on the river. The richness of the biodiversity is reminiscent of our Borneo River Cruise.

When and where to go

A second important consideration when choosing between visiting the Amazon in Peru versus Brazil is the distances you will need to travel in order to reach the river. Because Brazil is a huge country, Manaus, the entryway into the Amazon from Brazil, is 1000 miles inland and over a 4 hour flight from Rio de Janeiro.

This means that if you plan to visit the Amazon during your visit to Brazil you will need to set apart more travel time in order to reach Manaus and the gateway to the Brazilian Amazon. On the other hand, the Peruvian Amazon and its entryway Iquitos, is located in Southern Peru, is easily accessible from both Lima (1hr 55mins flight) and Cusco (2 hr flight). This allows you to fit it in to your travel itinerary as you visit Machu Picchu and the Sacred Valley. If you are set on starting in Brazil, you can fly directly from Miami to Manaus, and then fly back to Rio on the way back.

Conditions along the Amazon River in Peru divide into two seasons: a high water season from December through May and a low water season that lasts from June until November.

Low Water Season is from June to November. This is the warmer season on the Amazon River, with temperature averaging about 98°F (37°C). Despite its name, the low water season still exhibits some heavy rains. In Low Water they can now access the jungle trails that get flooded from December to May, allowing our small groups to follow naturalists and local Amazonia guides deeper into the jungle by foot, also there are less mosquitoes.

The odds of sighting wildlife do not change significantly between the two seasons, you are likely to see more of some of the favourites such as monkeys, turtles and caimans during the high water months.

The Amazon Rainforest is a tropical rainforest in the Amazon Biome, a community of plants and animals that have common characteristics in order to survive in the environment they exist. The Biome covers most of the Amazon Basin of South America. It is huge, encompassing 7,000,000 km2, which includes territories belonging to nine nations. The majority of the forest is contained within Brazil, with 60% of the rainforest, followed by Peru at 13%, Colombia with 10%, and with minor amounts in Venezuela, Ecuador, Bolivia, Guyana, Suriname and French Guiana. It represents over half of the planet’s remaining rainforests, and comprises the largest and most biodiverse tract of tropical rainforest in the world.

Aqua Expeditions specializes in river touring, with the Amazon being one of their signature travel destinations. They deliver an intimate, small ship experience with a 1:1 guest to guide ratio and tailor made excursions. The ship’s route includes the confluence of the rivers Marañon and Ucayali on the Amazon, in the region of the immense Pacaya Samiria National Reserve. The area is three times larger than Yellowstone National Park, USA, and is home to many indigenous communities.

The 2019 Amazon fire incidence was one of the worst in recent history, said to have been largely the result of farmers and loggers clearing land for crops or grazing. Brazil’s president seems to have headed world cries and put a ban (limited) on forest clearing for a time. Those desperate cries came from those who understand that the Amazon’s hydrological engine plays a major role in maintaining the global and regional climate. It is a complex mechanism whereby water released by plants into the atmosphere (evapo-transpiration – evaporation and plant transpiration) and from the rivers to the ocean, influence the circulation of ocean currents.

This works as a feedback mechanism, as the process also sustains the regional climate on which it depends. As thousands of square miles of rainforest are cut down, “global warming pollution” is released into the atmosphere in the form of carbon dioxide and methane, making the forest more vulnerable to drought and therefore further loss of trees.

Scientists now say there is an alarming tipping point bearing down at which a combination of deforestation and climate change would transform much of the Amazon into a savanna ecosystem, with dire effects on the world’s climate system. Solutions involve putting pressure on the global agribusiness firms driving the destruction; launching low-cost regeneration projects on vast tracts of degraded rainforest; and improving soybean yields on croplands already carved out of the forest. Carlos Nobre, Brazil’s leading expert on the Amazon tell us that “at the current rates of deforestation, we are 20 to 30 years off from reaching this tipping point”. Bolivia, Brazil, Colombia, Ecuador, Guyana, Peru and Suriname signed a pact in September, 2019, setting up a disaster response network.

The Amazon anaconda is a reptile and cold-blooded. That means it is the same temperature as the air around it. It is a type of snake called a boa constrictor.

The Amazon pink dolphin is found throughout much of the Amazon and Orinoco river basins in Bolivia, Brazil, Colombia, Ecuador, Guyana, Peru, and Venezuela. It is a relatively abundant freshwater cetacean with an estimated population in the tens of thousands.

Iquitos, Peru is the gateway to the Amazon in Peru, just as Manaus is the gateway from Brazil. It is known as the “capital of the Peruvian Amazon”. The city is located in the Great Plains of the Amazon Basin. It is the largest city in the world that cannot be reached by road – it is accessible only by river and air.

The area was influenced by the millions of Europeans who flocked there during 1880-1914, the time of the Amazon Rubber boom. During this period, architecture and cultural institutions were firmly established and took on their own traditions, the opera house and Jewish cemetery to name a few.

Today, in addition to being a center of ecological tourism, it has become a major cosmopolitan city with strong roots in the Amazon, featuring a complex history and cuisine, Amazonian landscapes, nightlife, and a growing cultural movement.

Two and a half hours by boat from Iquitos is the Treehouse Lodge, an Amazon experience that involves sleeping in something akin to an actual tree house. We have been to several but this one is the closest “tree house” experience we have ever had.

The lodge offers interesting night walks through the forest, with animal sightings such as snakes, sloths, owls and many insects. There is a nice dining room and the meals are average. Although the lodge has “showers”, the water is from the river, lots of sediment and brown in colour. You get the feeling that the shower is going to render you dirtier, not cleaner. The sights and sounds of the jungle at night, so close and intimate, was a unique experience and at times, a bit disconcerting. A two day stay is the maximum you should do, we stayed three and it was way too long.